Urgent need to boost immigration to 220000

Urgent need to boost immigration to 220000

Australia’s productivity is steadily slipping down and will continue to do so if skilled migration numbers are not increased quickly.

The current migration intake of 190000 a year is not enough to sustain productivity, says the Australian Industry Group (AIG). It says that Australia needs a steady increase in migration intake every year with an emphasis on skilled migration in order to meet current and future skills shortages.

The AIG has proposed that the Federal government needs to act immediately to substantially increase the immigration intake in the upcoming budget by at least 15% to 220000 to meet the current skills shortage. 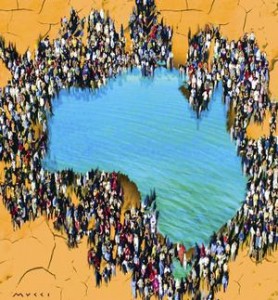 “This proposed increase takes into account the proven benefits to the economy of a strong migration program.  An increase in migrant numbers supports positive growth in our population and especially in our adult workforce, which is important due to relatively low rates of natural population growth.  A higher skilled migration intake is appropriate at present due to Australia’s historically low (albeit growing) unemployment rates; the deepening impacts of our ageing workforce (with 9% of all Australian employees now aged 60 or over and 17% aged 55 or over); and persistent skill shortages in key growth industries including mining services, engineering, infrastructure and health services.

“The Australian Workplace Productivity Agency has identified that Australia will need an increase of about 2.8 million people with quite specific skills over the next decade to fill some of those gaps,” he said.

The skill shortages situation is even more serious in relation to occupations requiring Science, Technology, Engineering and Mathematics (STEM) skills. The occupations where there are shortages due to low STEM levels, as illustrated by a recent AIG report: technicians and trade workers (41%), professional (26.6%) and managers (26.3%).

“This is deeply concerning considering the Office of the Chief Scientist recently reported that 75% of the fastest growing occupations require STEM skills and knowledge.”

The Ai Group says further increases from the 220,000 level may be needed in future years, despite unemployment currently sitting at 5.8 per cent and tipped to rise well above 6 per cent by Treasury, the Reserve Bank and many private sector forecasters.

Mr Willox says while there are Australians without work, there are not enough skilled workers for a range of specialist occupations, with the AIG singling out residential construction as an area of acute shortages.

He says increasing education and training is a desirable long-term solution, but immigration is a useful stop gap measure.

“We’ve seen Australia slipping down the tables when it comes to those basic skills around our science, technology, engineering, mathematics skills.”