The Department of Home Affairs (DOHA) has launched a social media campaign to celebrate 65 years of Australian citizenship. If you’re interested in submitting a citizenship application yourself, make sure you get in touch with a migration agent – he or she will be able to explain the process and help you become a part of history!

Since the concept of Australian citizenship was introduced in 1949, a whopping 4.5 million people have become citizens. During its first year in existence, Australian citizenship was granted to 2,493 people from over 35 different countries. That may seem like a lot, but when these statistics are compared with the 123,438 people from over 190 different countries who were granted Australian citizenship in 2012-13, it’s evident how far we’ve come. In fact, Australia Day (January 26) alone saw nearly 18,000 people become citizens! It’s not just the number of people vying for citizenship that’s changed over the years, either. In 1949, our country’s largest suppliers of new citizens were Italy, Poland, Greece, Germany and Yugoslavia, respectively. 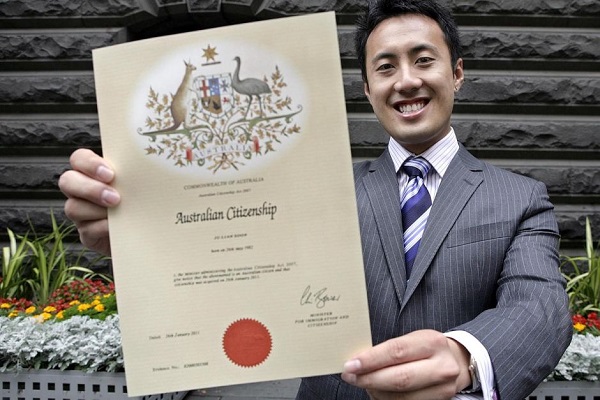 In the present day, the United Kingdom, India, Philippines, China and South Africa have taken the top five spots. It’s changes such as these and the stories of those who have made the journey to Australia over the past six decades that will be the focus of the DOHA’s year-long social media campaign. A spokesman announced that, throughout 2014, the DOHA will be publishing a web series titled “The Pledge” as part of the social media campaign. This will provide readers with “an insight into the citizenship journeys of Australians from different walks of life,” he said in a January 28 statement.

The DOHA is also asking people at all stages of the immigration process – from those who have just been granted immigration visas to those who have already taken the final step and become full-fledged Australian citizens – to share their experiences on various social media platforms, including Twitter, Facebook and Instagram. “Australia is a patchwork of cultures and stories – this campaign aims to showcase the variety of journeys Australia’s citizens have experienced, and I encourage everyone to get involved and tell their story” concluded the spokesman.

If you would like to become a part of this patchwork, get in touch with Australian migration agents. They can help you organise a citizenship or permanent residency application, or simply offer you advice on the immigration process.